Juarez MACHADO, painter and sculptor. Born in 1941 in Brazil, lives in France. Beaux Arts school. Theater settings, television, illustrations and engraving. Juarez Machado's palette, like his décors, is rich and sumptuous, the composition is rigorous. A man of the theatre, he brings his painting to life like a stage, not without a touch of narcissism tinged with irony. Juarez Machado is an immense artist, like his personality: excessive, seductive, not scared of scandal but, most of all, profound! J.Quehen Shows frequently in Europe and U.S.A.. Many awards and works in several museums. 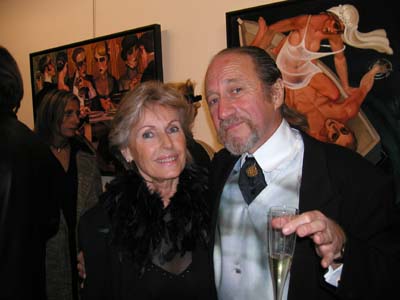 The palette of Juarez Machado, like his decorations, is rich and sumptuous, his composition is rigorous: a man of theater, he animates his painting as a scene, not without a narcissism tinged with irony. Juarez Machado is a huge artist, like his character: excessive, seductive, scandalous but especially deep! J.Quehen