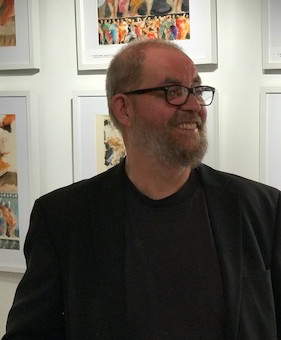 Paul Conte, an inventive, inspired artist... Classicism and modernity, order and movement, the sacred and the profane.... And a long list of honours, as he has been present since the 1970s in exceptional venues, museums, universities and prestigious galleries!

Knowing of him through his frequent restoration work, seminars, educational projects and illustrations of art and science books, I particularly loved his paintings in the Saint Charles and Saint Claude Chapel in Saint Paul de Vence.... Working 6 months during 2012, he succeeded in producing colourful vibrations and the desire to meditate in this magical spot where I was able to encounter him as he exercised his talent, a universal language that speaks only of beauty and remembrance!